Beginning in 2016, the Rules of Golf will likely ban anchoring a putter to any part of your body while putting. How do you feel about this proposed rule change:

___ I agree with the rule change and think anchored putting should be banned.

___ I disagree with the rule change and believe that you should be allowed to swing a golf club, including a putter, anyway you want.

This time of year, when you think California golf, it's usually at the southern end of the state. And why not -- beautiful courses, great weather and plentiful accommodations for travelers. But northern California is not to be overlooked. Similar to golf in the northeast in September and October, the courses can be in their best shape of the year and the temperatures, though cool, can be downright refreshing. So if you like fall golf in the northeast, you'll like January and February golf in northern California.

The Golf Card is loaded with enjoyable, playable and scenic courses throughout northern California. Here are some "under the radar" suggestions you'll definitely want to check out: 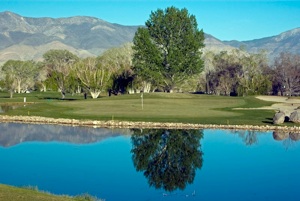 Bishop Country Club (760-873-5828; bishopcountryclub.com) in Bishop is nestled between the scenic White Mountains and the majestic High Sierra in eastern California. Built in 1963, Bishop is known for its well-maintained, medium-sized greens. Golf Card fee: 2 for 1 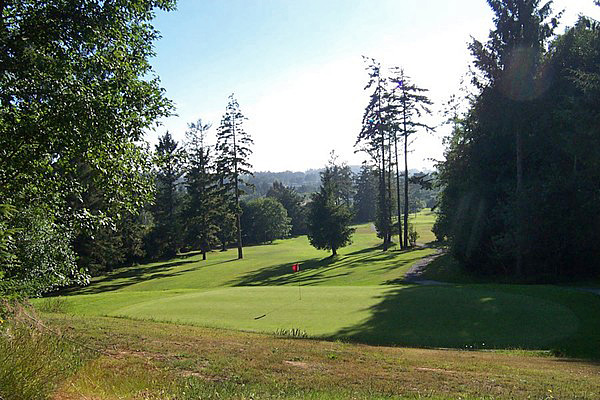 Beau Pre Golf Club (707-839-2342; beaupregolf.com) is located in beautiful McKinleyville and provides views of the Pacific Ocean. Pine and spruce trees line most of the fairways on both the mountainous and meadow portions of the course. Water comes into play on nine holes. McKinleyville is famous for the World's Tallest Totem Pole, located right in the center of town. The totem pole weighs 57,000 lbs and is 160 feet high. It was carved from one redwood tree. Golf Card fee: 50% off.

Ten miles from Sacramento in Elverta, Cherry Island Golf Course (916-991-6875; empiregolf.com) weaves oaks, palms, creeks and streams through a variety of parkland and links style holes. In 1991, Golf Digest selected Cherry Island Golf Course as one of the Top-Ten New Municipal Courses. One of the newer and more popular public courses in Sacramento. Golf Card fee: 2 for 1.

At the far northern tip of California, The Del Norte Golf Course (707-458-3214; delnortegolf.com) in Crescent City is a secluded course located in the heart of the redwoods alongside of the Smith River. Flat, narrow fairways and small greens. Golf Card fee: 4 for 3. 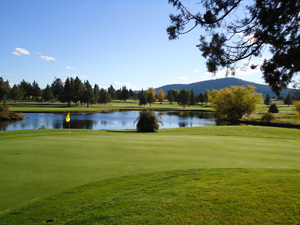 Fall River Valley Golf and Country Club (530-336-5555; fallrivergolf.com) in Fall River Mills is tucked away in peaceful northeastern California. This 4-star beauty lays out over slightly rolling terrain, through pine and juniper forests and past shimmering lakes. Abundant wildlife, great views and a country atmosphere. Golf Card fee: 2 for 1. 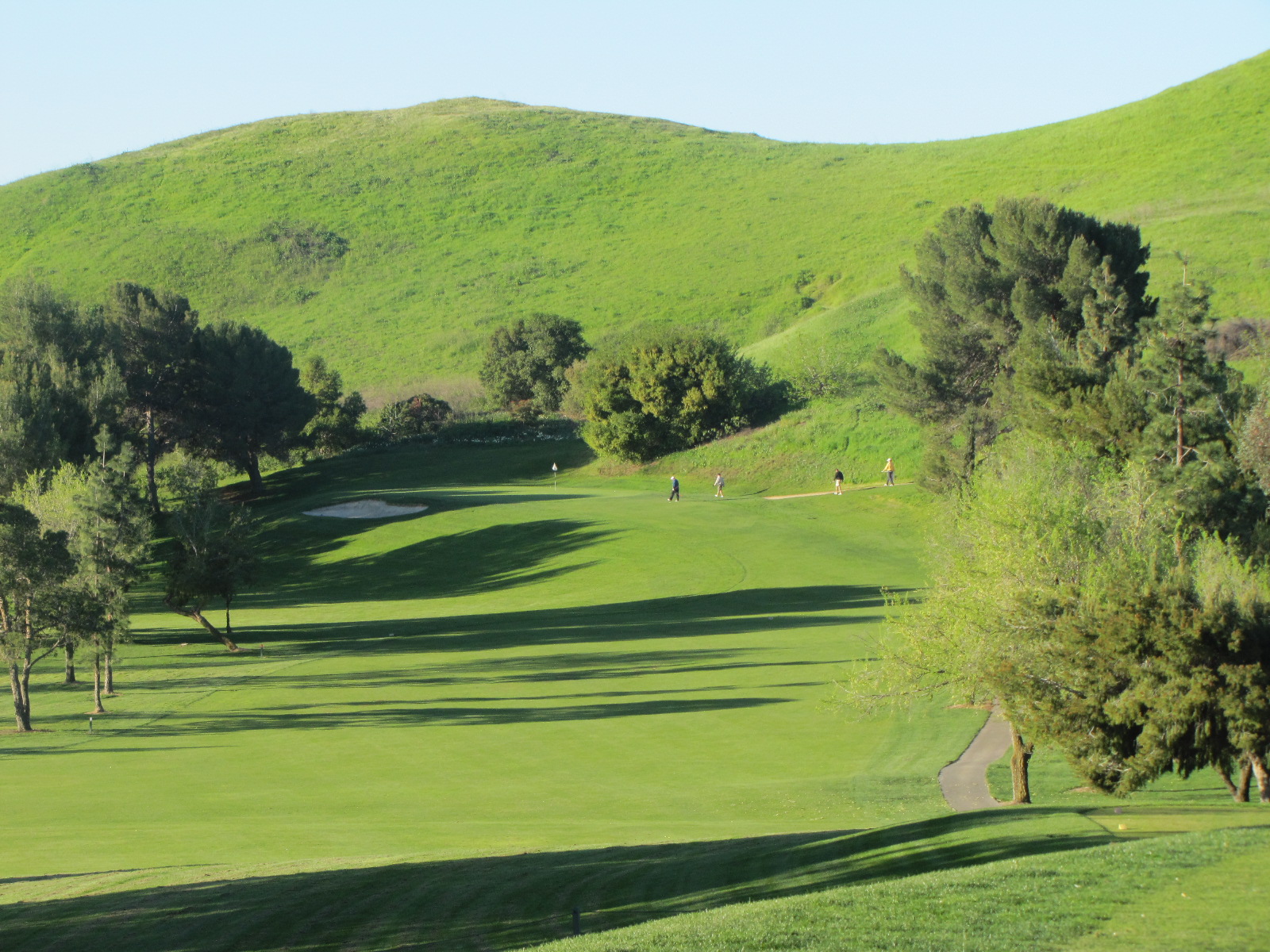 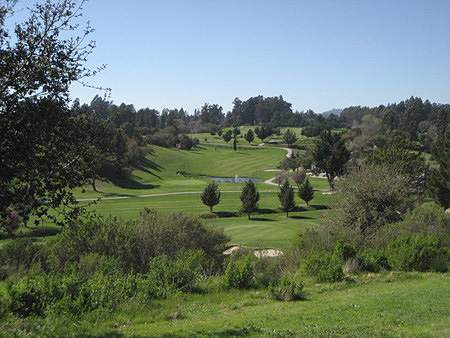 Rancho Solano Golf Club (707-429-4653; fairfieldgolf.com) in Fairfield is located midway between San Francisco and Sacramento. Hilly terrain, scenic lakes, undulating greens and unique bunkering add up to one of the best courses in the region. Golf Card fee: $48 wkdays; $62 wkends. 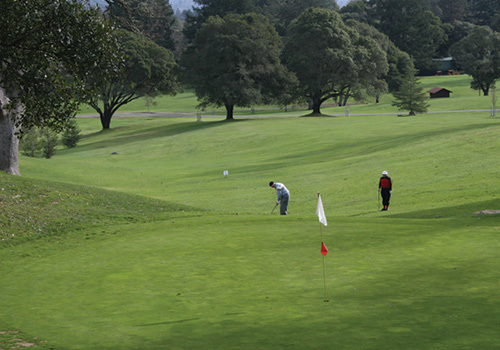 Ukiah Municipal Golf Course (707-467-2832; ukiahgolf.com) in Ukiah about 90 minutes east of Sacramento is a venerable public course recognized as one of the best in the area. Golf Card fee: 2 for 1.

Washoe Creek Golf Course (707) 792-7700; washoecreekgolf.net) in Cotati 45 miles north of San Francisco first opened in 2006 under the name Sonoma County Golf Park. In 2009 the name of the course was changed to reflect the history and heritage of the area and the creek that borders the course along the West edge of the property. The course consists of two separate nine hole courses: the Executive Course and the Short Game Course, both designed by Fred Bliss. Either of the two courses can be played in just about an hour. Golf Card fee: 2 for 1 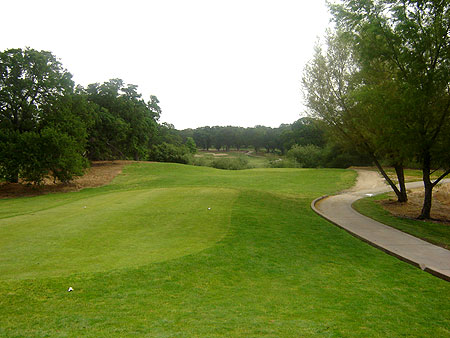 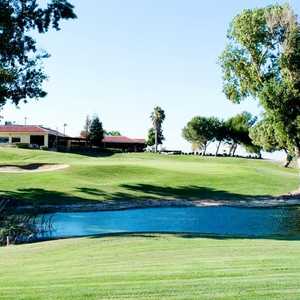 Delta View Golf Club in Pittsburg (925-252-4080; deltaviewgolfcourse.com) is tucked in the foothills of Pittsburg, just north of San Francisco. The original nine opened in 1947. The latter nine in 1991. The 6,317 yard features rolling hills, mature eucalyptus trees lining the fairways and spectacular delta views with Mt. Diablo in the background. Golf Card fee: 2 for 1.

Can't get a fourth for your weekend game? Not to worry -- three is just the right number for some interesting and fun games. A favorite at several courses in the South is "Silent Partner," a clever game which actually creates a four-ball competition with three players. Here's how it works:

So let's say Mark and Tom are partners first and they make a net bogey on the first hole. It doesn't matter what Brad makes, he wins the hole because his partner made par. If Brad makes par on the next hole, but Mark and Tom have a net birdie, he loses the hole. In fact the only way the player teamed with the silent partner can lose a hole is to net birdies or eagles.

Before I start my annual preview poem, how about some of my 2012 rhymes/predictions: "Unexpectedly, The Big Easy will win another Big One." But not Louis Oosthuizen, who I believe is one and done. Ernie Els won the British Open and Oosthuizen was shut out in the majors (though I think that will change in 2013).

What about Furyk and Phil? Is age getting the best of skill? Not so fast - both will win again this year. Phil won at Pebble Beach and it feels like Furyk won three times!

Finally, what can we expect from Tiger Woods? Can he still putt well enough to deliver the goods?

The guess here is he will win once or twice Tiger won three times.

It's time to look ahead to two thousand thirteen. When a new star emerges on the scene. Watch for Ian Pouter to keep making a lot of putts, win a major and extend his streak of made cuts.

Will this be the year of Sergio's major breakthrough? To get that big one he thinks he's due. Can't see it as long as he absolves all blame. And thinks the golf gods are targeting his game.

Look for another big year from Jason Day. He's feeling healthy and ready to play. Not sure what to make of Tiger and Phil. Yeah they'll win, but their psyches are fragile.

I'm thinking Rory is good for five or six wins. Though it will be February before his year begins. Lee Westwood may be the best from tee to green. But so-so putting will keep his major slate clean.

Justin Rose seems ready for some big things. If he can cut down on a few shaky swings. Which rookies may be raising a victory fist. How about a pair of Lukes, Guthrie and List.

Who will be the oldest player to win this year? Vijay Singh turns 50 and has found another gear. But his putting won't hold up when push comes to shove. I like one more win for 49-year-old Davis Love.

Is Stacy Lewis America's only hope on the LPGA Tour? Of the top 20 players, USA is home to just four. Perhaps Lexi Thompson will deliver on her incredible gift. There's always Nancy Gulbis to provide a much-needed lift.

The Americans will win the President's Cup. The International Team seems too mixed up. How about Boo Weekly for Comeback Player. Even though he seems to have added another layer.

Anchoring will be the buzz all season long.

In my mind the ruling bodies got it all wrong. Now they're telling me how I need to swing. What's next, outlawing the chicken wing?

We'll see how this all comes to pass. As a blanket of snow covers my grass. It will probably be April before my next tee time. So I live vicariously through this annual rhyme!

RULES SCHOOL - Watch Where You Drive

Rule: Equipment includes a golf cart whether or not motorized. If such a cart is shared by two or more players, the cart and everything in it are deemed to be the equipment of the player who's driving the cart. Therefore, if Ted is driving the cart and runs over his ball, causing it to move, he must incur a penalty stroke -- and replace the ball. However, if Robert was driving the cart and ran over Ted's ball (in searching for it), there is no penalty and the ball must be replaced. 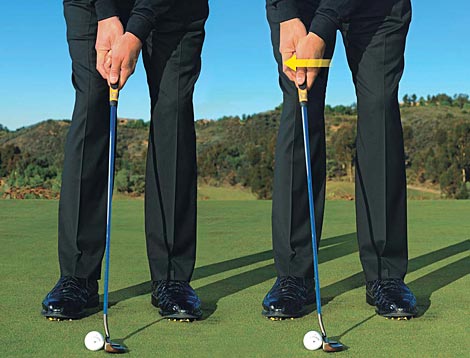 What is the theory behind forward pressing when you putt?


With a forward press, you start your stroke by deliberately moving (or pressing) your hands and the grip forward toward the target about two to three inches. This provides three benefits: 1) creates a definite starting point for the stroke; 2) pressing the hands forward encourages you to keep them ahead throughout the stroke so you don't break down and decelerate at impact; and 3) it takes a little loft off the putter blade so your putts will tend to reach the hole instead of coming up short